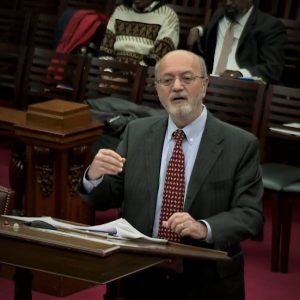 Paul Gaston has over 30 years experience practicing law in Washington DC.   He is recognized for his special expertise on the Foreign Sovereign Immunities Act and claims against state sponsors of terrorism.  He also represents clients with a variety of complex commercial and international issues.

His clients have included individuals and both large and small companies, ranging from a major Canadian forest products company and a New York Stock Exchange-listed software development company to a number of other domestic, Swiss, and Taiwanese corporations.

“What Is a ‘Domestic Industry’ for Purposes of Application of the United States Trade Laws,” Chapter 13 of International Trade Policy: The Lawyer’s Perspective, 1985;